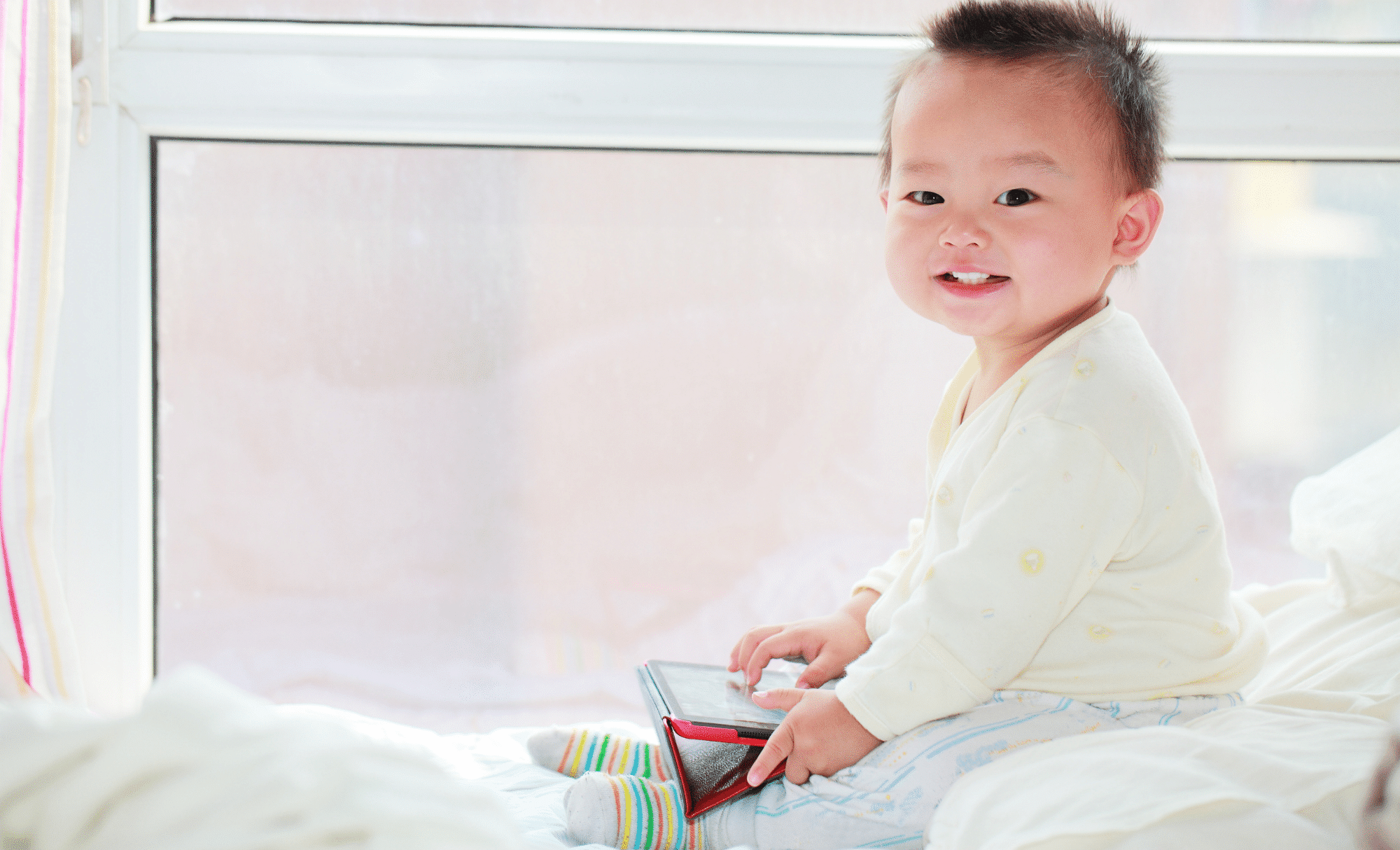 Times are a changin’ and technology is here to stay. The American Academy of Pediatrics reports that guidelines surrounding media usage are changing as well; the most current AAP guidelines are reported as follows:

There are many ways that you can make screen time interactive, but here are a few to get you started:

1. Choose turn taking games and make it a family affair. Sit at a table and take turns passing the tablet around to introduce turn taking.
2. Narrate what you or your child is doing on the tablet. Model sentence structure and pronouns (example: The girl is running. Wow, she is fast!). Pretend you are a sportscaster!

1. Choose shows that are slower paced and not overstimulating.
2. Discuss “Wh” questions: Who is that person? Where are they going? Why did he do that? How do you think they will feel? What do you think is going to happen next?!
3. Discuss any new vocabulary used and try to relate it to your child’s life (example: Look at the airplane! Wow, we aregoing to be going on an airplane next week to Grandma’s!)

It’s no secret that kids love to look at themselves. Coupled with technology, you can create a positive and collaborative experience through video modeling. Video modeling can be used to target and practice a variety of speech and language goals. It is the idea of having children watch themselves complete a targeted skill independently and accurately for additional feedback!