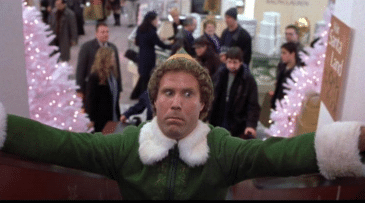 Trying to teach social skill concepts in a fun and motivating way? Video
clips can be extremely useful! As you and your child watch, you can
pause along the way to discuss relevant topics.

Summary: A flock of small birds perch on a telephone wire when along comes a large dopey bird that tries to join them. The birds of a feather can’t help but make fun of him—and their clique mentality proves embarrassing in the end.

Summary: Lou, a creature made of “Lost and Found” items must
manage the unkind behavior of the schoolyard bully, J.J., who has not
yet learned that giving can be so much more fulfilling than taking away.

Summary: A younger brother wants to be just like his older brother – which means he needs to figure out a way to dunk his cookie in milk too! The problem is… how do you dunk your cookie given a sippy cup?

Summary: Almost any scene can be used from this hilarious movie about an elf who moves to NYC.

Want to share?  This article is a sharable PDF as well.

This post written for you by Sarah Denman, M.A. CCC-SLP of Columbus Speech & Hearing Center